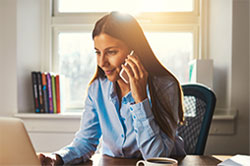 See how we are delivering success to our Category: Banking debt collection clients around the world.

An Indonesian consumer owed on a large-balance bank loan, but suddenly stopped making payments. The claim was assigned to Cedar Financial for amicable collections attempts.

Defiant Bank Debtor Who Fled to UAE Settles in Full

A UK expatriate working in Kuwait took out a loan with a bank on the condition of his continued employment. A few months later, he lost his job and moved out of country without paying the balance, rendering the amount immediately due in full, according to the signed contract.