International debt collection can be complicated for any business, large or small. If your debtor is located in Tanzania, you may face additional challenges such as language, cultural, and legal barriers, not to mention sheer distance.

The best way to ensure quick and easy recovery of your past-due accounts is to use a licensed debt collection agency with the local know-how and training to get results. Cedar Financial offers on-the-ground representatives in Tanzania with an in-depth understanding of local laws, customs and cultures to guarantee the best possible debt mediation results.

Since 1991, Cedar Financial has been helping businesses collect unpaid accounts internationally, with local offices in over 150 countries across the globe, including Tanzania. Our professional debt collectors are specialized in resolving both commercial and consumer accounts, in a wide range of industries.

Contact us today to see how we can help your business.

Located just south of the Equator on the eastern seaboard of Africa, the United Republic of Tanzania was formed in 1964 from the union of the countries Tanganyika and Zanzibar.

While Tanzania’s official capital is Dodoma, the former capital, Dar es Salaam, has most of the government offices and is the largest city, port, and commercial center for the country.

While Tanzania is one of the world’s poorest economies in per capita income, it has achieved high growth rates due to its wealth of natural resources, and strong telecommunications, banking and tourism industries, averaging GDP growth of 6-7% per year from 2009-2017.

Strong gold prices, the country’s mining industry, and poor integration in global markets helped insulate it from the recession in 2008. Agriculture accounts for ¼ of the GDP, provides 85% of exports, and employs 65% of the workforce. Land is owned by the government and leased. The financial sector has recently expanded, with foreign-owned banks making up 48% of the banking industry’s assets. Competition has resulted in improved financial services, though there are still high interest rates, reflecting high fraud risk.

Despite sustained economic growth, most of Tanzania’s population has not benefitted, and the country ranks as one of the lowest on the Global Hunger Index, with hunger and malnourishment worse than every other EAC country except Burundi.

Tanzania’s legal system is based on English Common Law, stemming from its British colonial history. It has five sources of law:

Tanzania’s government is a unitary state based on a multiparty parliamentary democracy, with three central organs: the Executive, Judiciary and the Legislature. The Judiciary is independent from the government and consists of four tiers (in Mainland Tanzania):

In Zanzibar, there are also Kadhi’s Courts that deal only with matters of Islamic family law. And Kadhi’s Appeal Courts, which hear appeals for these courts.

Here are some of the main challenges you may face as a creditor seeking to collect from a debtor in Tanzania.

Tanzania has no de jure official language. With over 100 languages spoken, it is the most linguistically diverse country in East Africa. The national language is Swahili, however, only 10% of citizens speak Swahili as a first language, and 90% speak it as a second language. English is used in foreign trade, diplomacy, high courts and education, but the country is in the process of eliminating it in education.

The Tanzanian Law of Evidence Act, No 6 of 1967 does not have provisions recognizing electronic documents as admissible evidence, whether primary or secondary.  To be on the safe side, you must make sure to have hard signed copies. The Act represents a lagging behind in technological developments in the county.

Tanzania is unique in that there are two judicial systems existing simultaneously, mainland Tanzania (formerly Tanganyika) and Zanzibar. This is a result of the union of the two countries in 1964. Due to differing colonial experiences and administration of justice, they decided to remain as two separate entities within Tanzania, and operate parallel to one another.

Zanzibar’s system consists of the High Court of Zanzibar, the Magistrate’s Courts (resident, district and primary) and the Kadhis’ Courts for Muslim Law matters. Both mainland Tanzania and Zanzibar cooperate for the Court of Appeal and Constitutional Court, which has never been convened.

Success of Bankruptcy Petitions at Discretion of Court

While most countries have a unified bankruptcy law for consumers and companies, Tanzania has separate laws. For consumers, the Bankruptcy Act No 9. of 1930. For companies, the Companies Act 12 of 2006, for insolvency/winding up of corporations.

The success of the creditor’s petition rests solely at the discretion of the Court, as laws may be widely interpreted. The Court also pretty much has blanket authorization to stay proceedings if the notice was not served properly, if the debtor’s liability is determined by trial, or any other reason it deems sufficient.

Arbitration in Tanzania is considered to be underdeveloped.

At Cedar Financial, we put people first, doing everything we can to get your money back while still preserving a good relationship with your customer. Our strategic public relations efforts are fair, but firm-ensuring your reputation is our top priority!

Contact us today and learn what we can do for your business. 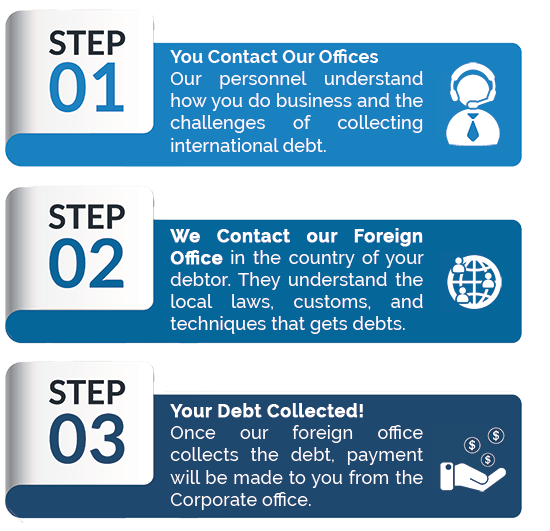